Thessaloniki Concert Hall was created in order to satisfy the need of the city for a venue that could house not only artistic, but also various other activities.

The Thessaloniki Concert Hall was built along the coast of the city, near the Posidonio Athletic Center of Thessaloniki, in an area of 18.000 sq. m., which was donated from the Greek State. The architectural pre-studies were bequeathed to the Thessaloniki Friends of Music Society from the “sister” Athens Friends Music Society, whereas the construction of the venue was financed in its entirety by national funds from the Ministry of Culture and Sciences as well as from EU funds of the 2nd Community Support Framework.

The purpose of the Thessaloniki Concert Hall construction was to provide a contemporary cultural and conference center of international standards with the capacity to host various events,including concerts, ballet, theatre and opera, cultural and art expositions and conferences.

It was thus designed as a building that would satisfy all the requirements for this purpose as well as becoming a landmark, a jewel for the city. Therefore, the Thessaloniki Concert Hall has all the characteristics that make it important: exceptional acoustics, a main hall of 1.400 seats, a reception hall (foyer), the rooms of the administrative and technical offices, as well as all the necessary facilities for the support of the events (dressing rooms, rehearsal studios, repositories for instruments etc.). Special provision exists for people with disabilities, by means of appropriate seats and elevators. Moreover, the external appearance of the building has been entirely harmonized with the history of Thessaloniki, combining elements from its byzantine past as well as from its contemporary cosmopolitan role.

Designed by the renowned architect Arata Isozaki, M2 (building 2) adorns the city with a unique construction that epitomizes the virtues of modern architecture. Geometrical lines, extended glass surfaces and elements of steel compose an image of imposing simplicity, that comes as an antithetic, yet equivalent complement to the neighboring M1. Filled with natural light and enjoying a superb view to the sea, M2’s foyer is a vast space of sophisticated aesthetics that develops in three levels and adjoins all of the Hall’s important spaces. Equipped with cutting-edge technology and having an exceptional infrastructure, the Amphitheatron Hall can seat 500, whereas the Flat Hall, which can seat 300, can be subdivided by means of moveable partition to form three smaller rooms of 100 or two of 100 and 200 seats, thus able to host a wide range of events. Underneath the M2 building lies a two-level underground parking lot of 11.800 square meters, offering seats to over 230 vehicles, in order to enable the organization and attendance of events and preserve the city’s urban environment. Consistent with its cultural role, the Thessaloniki Concert Hall is proud to house a Music Library and a Museum of Musical Instruments in its new building.

The Thessaloniki Concert Hall was inaugurated on 2nd January 2000. Many officials attended the event, which was held with special dignity. Among them, the Prime Minister and the Ecumenical Patriarch Bartholomew. Following the blessing of the waters and the speeches of the officials a special concert took place. The first part of the program included traditional Greek music from several regions, music of other Balkan countries and Greek popular music, whereas in the second part the Thessaloniki State Symphony Orchestra appeared, conducted by Emir Saul. The orchestra played works by C. Saint-Saens, Manos Hadjidakis and Manolis Kalomiris,with Janis Vakarelis and Sonia Theodoridou as soloists. The next day, the Orchestra of Colours made an appearance, conducted by Miltos Logiadis. The Orchestra played works of C. W. Gluck, W. A. Mozart and Manos Hadjidakis, with Domna Evnouhidou as soloist.

Regular performances began in May 2000. The Thessaloniki Concert Hall is expected to decisively contribute to the cultural, social and economic development of the city. The possibility of presenting important cultural events, organizing and hosting great international conferences and expositions will transform Thessaloniki into a cultural and influential center in the wider region of Macedonia and the Balkans. And it will establish it as the reference point for all the culturally-aware people.

The administrative services of the Thessaloniki Concert Hall are open Monday to Friday 8am – 4pm.

The Thessaloniki Concert Hall is located on 25 Martiou Street, where it meets the waterfront, right next to the Posidonio Athletic Centre.

You can easily reach the Thessaloniki Concert Hall from every neighbourhood of the city by using public transportation.

Taxi: You can always find a taxi after the end of an event at the taxi station right in front of the entrance of the Concert Hall. 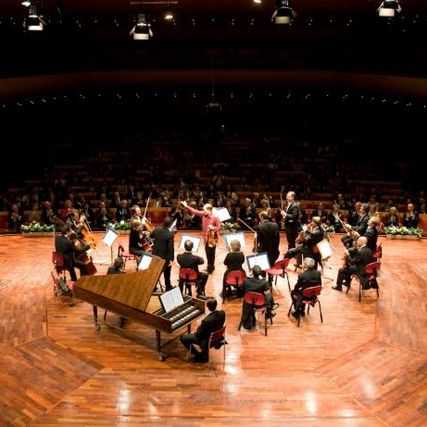 Cameristi Del Teatro Alla Scala One of the most interesting and active Chamber Ensembles, that of Teatro... 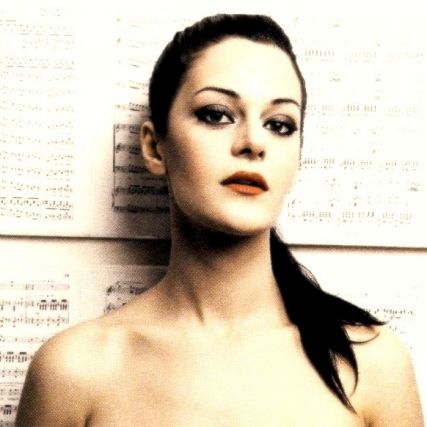 It is its majestic, triumphal march. However, it is its mythical – exotic historical backdrop, that of...